Love is Enough: Warhol and Morris

The subjects of this exhibition are an odd couple by any definition. Cathy Lomax's verdict: less chalk and cheese, more green and pleasant consumerism. 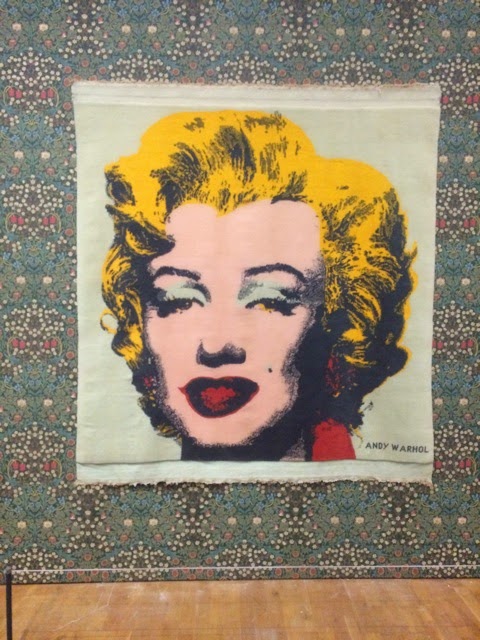 Separated by time, country and ideology, Warhol and Morris are seemingly a very disparate pair. But what is interesting about this show at Modern Art Oxford, which was thoughtfully curated by Jeremy Deller, is how many similarities they actually have.

Key to this is the all-encompassing ideologies that both men were driven by. Morris and his group of collaborators, which included pre Raphaelite painters Burne-Jones and Rossetti, shared a vision of a pre industrial-revolution society built on craftsmanship and an appreciation of the beauty of natural forms. Morris was a socialist who wanted to create rewarding environments for his workers and famously said, ‘you should have nothing in your house that you do not know to be useful or believe to be beautiful’ – he created all manner of decorative objects including paintings and tapestries. 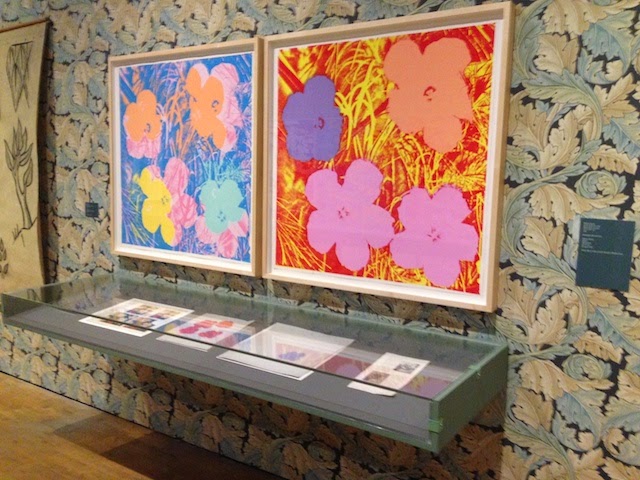 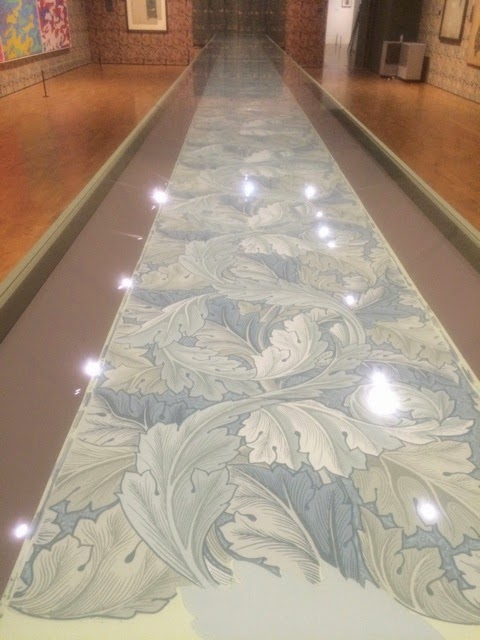 Warhol of course had The Factory, an experimental hothouse of work and play populated by fabulous superstars. His nascent interests in fame and glamour can be seen in the exhibition with a childhood collection of signed film star photos which are shown alongside Morris’ doodles of suits of armour. Warhol’s interest in surface, communication and fame meant that he, like Morris, used a whole range of media in his work aside from the sculpture, print making and painting that we usually associate him with including film, music, magazine publishing and fashion.

The real triumph of this exhibition however, is the unexpected visual delights that occur when the work of the two masters is mixed. Most of the show is framed by a series of William Morris wallpapers, their bold interlocking motifs unashamedly proclaiming their debt to the decorative flower filled backgrounds of Renaissance paintings. The domestic meanings of these wallpapers are as complexly nuanced as the British class system, with different eras assigning different degrees of style and taste to the repeating patterns of daisies, artichokes and thistles, but here they can just be appreciated for their intricate beauty.

Against these floriferous walls Deller has juxtaposed some of Warhol’s most iconic images, such as a tapestry version of his iconic Marilyn screenprint. The effect is nothing short of stunning. Amongst all of this, Warhol’s acidly over-coloured flowers, although stylistically very different from Morris’s refined flowers, look very much at home.

The final room of the show has a vitrine containing a long run of Morris wallpaper created to guide the craftsmen through the different print stages. On the wall alongside this are four of Warhol’s camouflage paintings – the decorative similarities are uncanny. 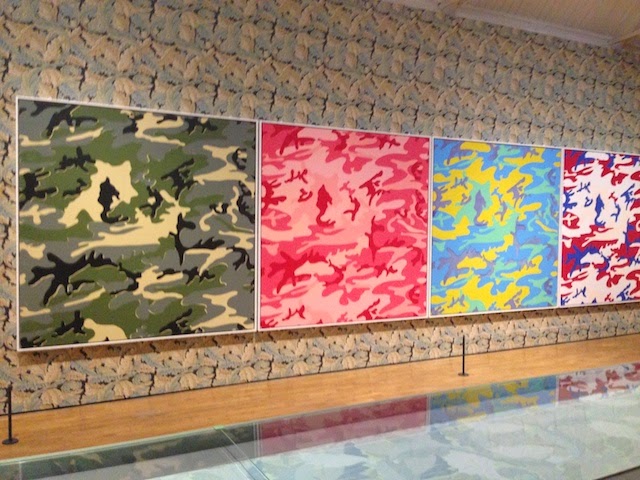 The two men are also connected by their contradictory natures. Socialist Morris was, it seems, a decent boss but he was also, as were many other Victorian philanthropic men, an arch capitalist, working tirelessly to promote Morris and co and his various other enterprises. Warhol, the supposedly shallow fame worshiper, was actually, or so Deller would have us believe, a much deeper thinker. One small section of the show is devoted to the politics of the two men and alongside Morris’ political pamphlets are a series of Warhol’s paintings of Chairman Mao – the ultimate coming together of iconic image and ideology.

In common with its two subjects Love is Enough has something for nearly everyone with the sum of its individual parts adding up to a really rewarding whole.

Love is Enough: Warhol and Morris
Curated by Jeremy Deller