The Re-Blanding of the Seaside: Tracey Emin at Turner Contemporary, Margate 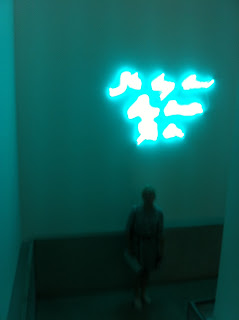 Tracey Emin’s first show in her hometown - a good curtain raising premise – but does the show itself live up to its billing?

Tracey is from Margate – we all know that from her previous celebrity building works. Tracey does not however live in Margate now and her return feels a little sheepish. There are no tents or unmade beds (although there is a piece of driftwood on a mattress). Tracey has moved on and she has in her own words ‘fallen in love with making art again’. Instead of the brash YBA she is now a mid-century Royal Academician and prefers to display her tentative watercolours and prints alongside work by Rodin and Turner (they did eroticism as well so it is ok as a subject for a real artist). The work actually reminds me more of Schiele, the extended limbs and twisted forms indulging in show and tell sex, and although she made much of the work especially for the show there is nothing very new to be seen.

The show begins on the staircase with a beautifully placed neon realisation of the show’s title She Lay Down Deep Beneath the Sea, its aquamarine light bathing passers-by in a Man From Atlantis glow. The balcony gallery builds the anticipation with a small painting scrawled with the words ‘I Said No’. But this promise of vulgar delights is unfulfilled by the first room, which is filled with melty blue gouaches depicting a nude woman, housed in sun and sand bleached frames. A cruel critic could describe the aesthetic as seaside chic, of the type peddled by trendy Whitstable gallery/shops. Yes there is a ‘work of adult nature’ warning but really there is little here that would shock anybody who has been to the National Gallery.

The next room is painted a Farrow and Ball (they really are one of the show sponsors) mossy green. The large-scale embroidered portraits on unbleached calico look promising from the previous room but on closer examination are disappointingly flat. More satisfying – maybe because they are the worst taste things on display – are large tapestries, which resemble cheap carpets, depicting the now familiar reclining female form in shades of lavender and mustard. 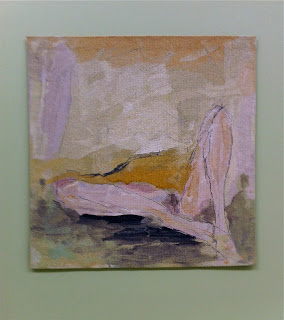 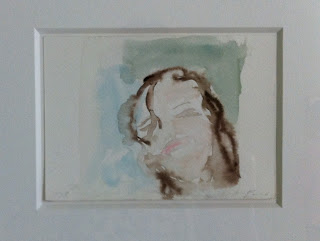 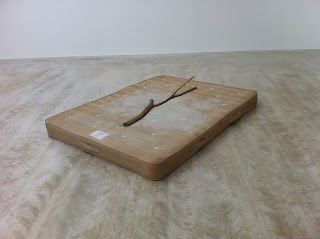 And that’s it – no big shocks, not even any film. It’s all very easily understood and digested. Tracey has said that she didn’t want to do a ‘coals to Newcastle’ type show featuring her Margate greatest hits. But maybe the reality is that she wants to be loved and respected and most of her Margate work is less than complimentary about the town. The show rather reflects someone who is no longer interested in the place she has come from, she has moved on and wants to prove that she is cultured and a cut above. Personally I find the down and dirty seaside, full of illicit sex, kiss me quick and grubby cones of chips more interesting than Tracey’s reinvented Margate which aspires to be yet another good-taste, middle class, Whitstable wannabe.

Tracey Emin
She Lay Down Deep Beneath the Sea
Turner Contemporary, Margate, Kent
26 May – 23 September 2012