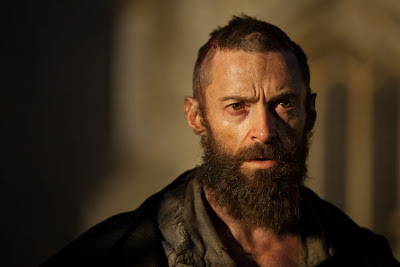 It starts with a sweeping shot over stormy skies and rough seas before closing in on a ship being pulled into a harbour by some men. Many, many men. The singing starts almost immediately and it doesn't stop. This constant singing makes it seem normal, even comfortable. I think that even the chap I heard saying rather loudly 'What, this hasn't got singing in it has it?!' will have stopped noticing the singing, after a while.

What struck me about Les Miserables was the transformation of Hugh Jackman. Although lots seems to have been made of Anne Hathaway's physical changes for the part of Fantine it was Jackman that was most thrilling to watch. As the film progressed he moved from the ravages of slavery through middle age and into the older and very humble Jean Valjean. 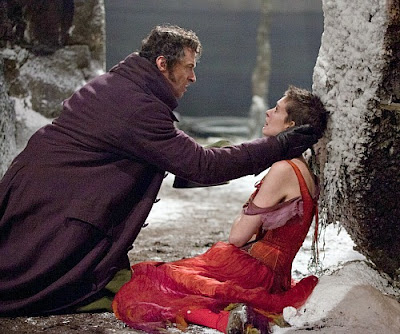 It's epic, it's long, there is a lot of crying and a lot of dying but it had a whole lot of heart. My favourite piece of Les Mis trivia is that the cast are all singing live, wearing ear pieces tucked away so that they can hear the on set orchestra which is locked away in a sound proof box. That's the way to do it. 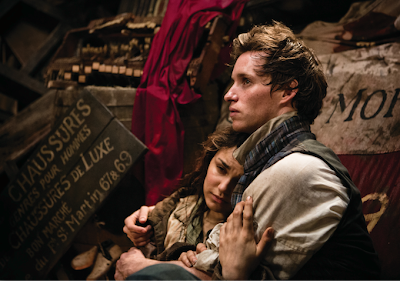 You can listen to an interview with Anne Hathaway on Kermode & Mayo's Radio 5 film review show podcast here.