Too Much deals with excess and overflow. The joined-up nature of internet browsing and the digestion of technology provide a starting point for the gushy, the viscous and the emotional throughout Two Queens’ most recent output.

The group show is in part a response to the re-launch of the city’s collection of German Expressionist paintings alongside a Georg Baselitz exhibition at the New Walk Museum; the show satisfies a hunger for work laden with feelings, informed by critical theory and contemporary political culture.

Rósza Farkas’s handwritten text appears, in fact, to have been scrawled on the back of a used Georg Baselitz poster, and quotes his now infamous, if somewhat delusional, claim that 'women don’t paint very well.'
Read more »

I am not convinced of the ability of any painting to communicate the complex intent of the maker/artist. I think any system of communication suffers an inherent loss of meaning when transmitted from the emitter (the one speaking/painting) to the receiver (the one listening/viewing).

These losses are minimal in a language like mathematics and can be controlled in philosophy. When you come to poetry the gulf is growing, but I think that that next step to the language or languages of art creates untenable losses. When so much is unclear, it loses its ability to function as more than a sign, like the hand gestures used between drivers trying to communicate, which can so easily be misunderstood.

There are often miscommunications in everyday speech when trying to communicate about something very ordinary that might have happened that day. This becomes commonplace when we are trying to discuss more abstract ideas. You see it when there is a debate between two opposing parties on the news. They are arguing and accusing each other, but it seems that have completely missed the intent of their opponent and are, in a sense, talking past each other. Saying this, if we ask questions and are supplied with answers, we can generally work our way through to an understanding of the other person's view, if not an acceptance of it.

In the diagram that follows I have laid out the process by which I think that an artist's original idea/intent finds its new form in the mind of the viewer. This is not an attempt to analyse the whole viewing experience, but focuses only on the ability of a painting to communicate the particular intent of the artist. It therefore does not touch upon the pleasure that can be found in aesthetics or the purposeful empty spaces that can be included in art for the viewer to ‘occupy’.

It is also worth noting that many of the stages I include are not necessarily experienced consciously. It can even be the case that the stages are missed out completely or repeated. My main focus for this study is painting, and if I refer to an object or art, it is within this context. 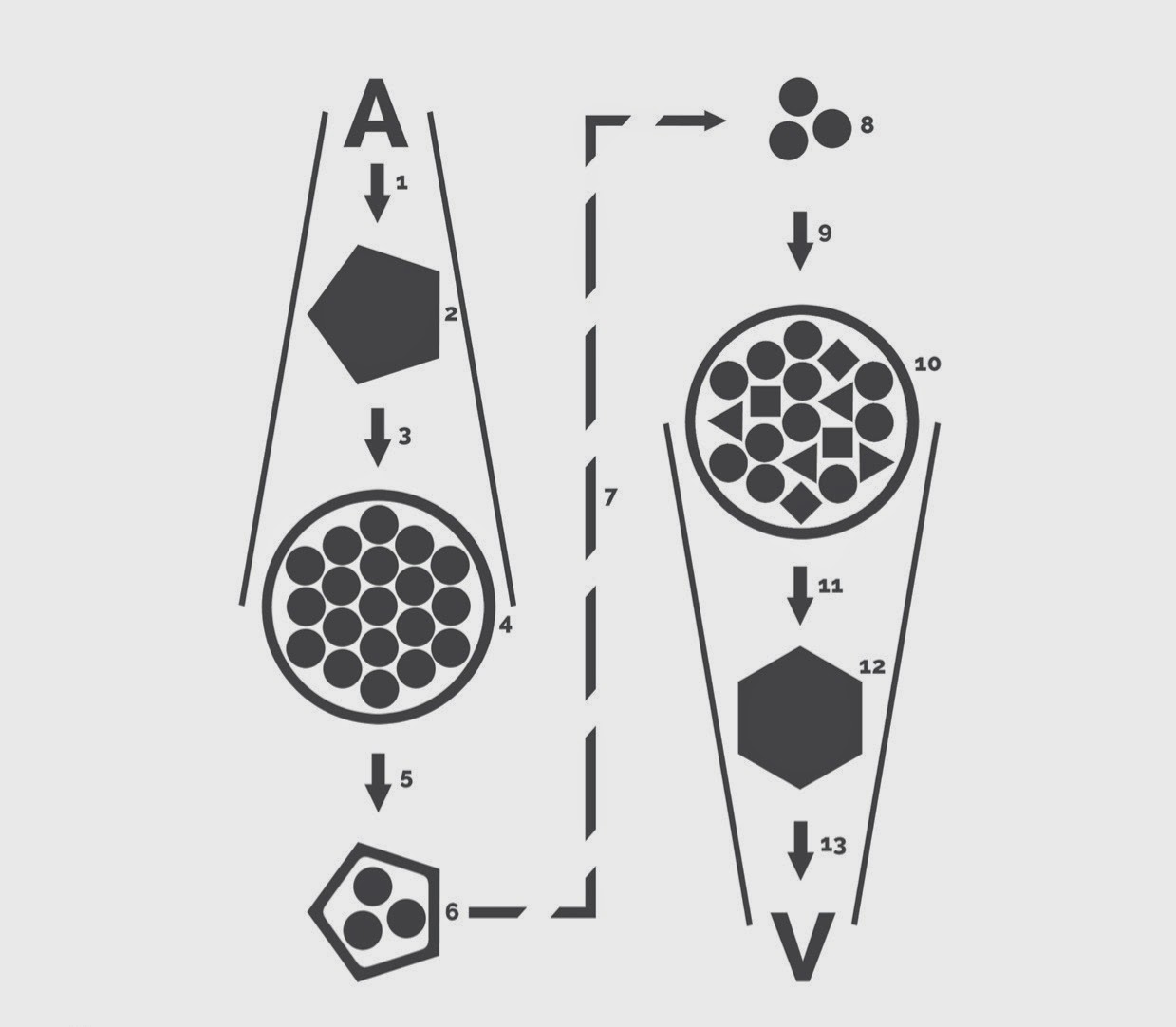 Alli Sharma attends this year's Bloomberg New Contemporaries Exhibition at the The World Museum, Liverpool and provides an insight into four of this year's 55 chosen artists. Expect video journals, social media references and (of course) Marxism.

The selection of 55 artists by Marvin Gaye Chetwynd, Enrico David and Goshka Macuga reflects diverse media, processes, themes and approaches. Abundant video works are neatly presented on identical screens, creating repetition throughout the exhibition whilst allowing each its own space. Printmaking, painting and sculpture are also in evidence in an insightful and polished exhibition.

A sense of self-discovery and unpicking of history permeates some of the works by younger artists, and exploring how individuals fit into the global picture could be seen as a natural thing to do in our increasingly fast paced, changing and uncertain world.

On the face of it Xin Shen documents her artist father in his search for authentic images of Tibetan people to use in his own practice. We find that his ‘romantic’ realist paintings feed into the Chinese market and this seemingly simple video journal unfolds to reveal deeper complexities between cultures, art making and global economics. Examining the elaborate systems in which she finds herself operating as an artist, Shen also follows in her father’s footsteps with a parallel practice that supports her studies in the Western world. Globalisation, domestic Chinese politics, economics and art making are all bound together within the story of a touching father/daughter relationship.