Following on from his review of ‘Philip Guston’, Musa Mayer’s book about her artist father, Michael Ajerman was invited to ask Mayer some questions. This is how their interchange went… 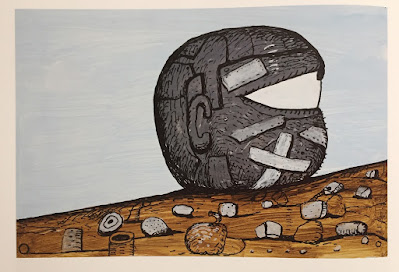 Michael Ajerman: I wanted to ask you how you felt about returning to the subject of your father. 'The Night Studio' (Mayer’s first book about her father) and 'Philip Guston' have such a different tone and feel. Was this a conscious decision?

Musa Mayer: It was very much a conscious decision. Over 30 years and close to half a lifetime separates the two books, and my purpose and state of mind in writing them was very different. While Night Studio is in part biography, it is told in the context of a daughter’s quest to know a largely absent father, and to come to terms with his influence in her life. First and foremost, it is a memoir, told in first person, in my own voice. By contrast, Philip Guston was commissioned by Laurence King as a profusely illustrated but inexpensive introduction to the artist, with a brief text that I hope tells his story in a concise way. It is written in the third person. I’d said what I needed to say about my own feelings about my father long ago, and now felt I could approach this recent text in a more objective way, as part of the legacy work I’ve been doing since my retirement six years ago. I’ve worked with The Guston Foundation staff on our website to bring forth a catalogue raisonné, for which I wrote an illustrated chronology. This new small Guston book is in line with those efforts and is also meant to serve as a complement to the large format major monograph also from Laurence King, with extensive text by Robert Storr, Philip Guston: A Life Spent Painting. 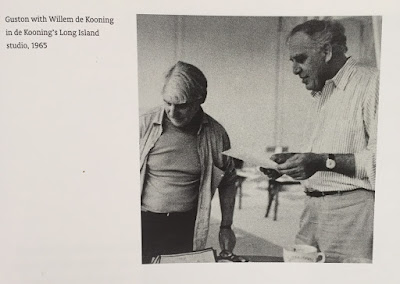 While his New York peers seemed to vacate after the infamous Marlborough Gallery exhibition, De Kooning remained a constant friend and ally in painting. I know both artists where on their own individual paths in the 1970s, artistically and personally. Did either ever visit each other’s studio that decade (Guston in Woodstock / De Kooning in East Hampton)? Was there any one-to-one conversations of opinions about each other’s solo exhibitions of the 1970s? 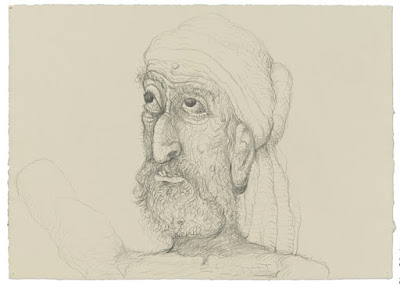 I wanted to ask you about Guston’s very late work. The acrylics on the paper; round bulbous orbs, tea pots, and cherries dominate. There are also drawings of full heads of men done in pencil. They seem to be a cross between lost hippies and wandering shaman. Little is known or discussed about this second group of work of drawings. Could you please address them or do you recall any conversations you had with your father about these?

These heads drawn in pencil, from 1980 are distant echoes or tributes to some of his earliest drawings from half a century earlier, in 1930 that were copies of heads from Masaccio frescoes. My father taught himself to draw by copying old masters reproduced in library art book. You can see these at the beginning and end of our slide show of selected drawings on the works page of our website. 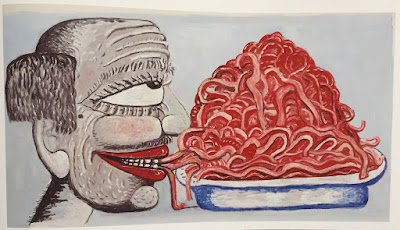 There is the incredible Guston painting of the joys of food, entitled 'Eating', 1977. The pasta that your father made was a meal to gather friends and family around the table for conversation and connection. I wanted to know if you could share the recipe or tell us what was in the famous concoction?

I love that painting, too. My father was a wonderful cook and did love to cook for his friends. He specialized in Italian dishes, but I don’t recall a specific pasta dish like this. But how about this quote from a talk he gave to New York Studio School students in January 1969? He seems to prefigure this painting, almost as if he conceived of it then, but only dared to paint it eight years later. That day in 1969, he was discussing abstraction and ‘essence’ painting and his passion for the image in his work. It’s on page 109 of the book Clark Coolidge edited, Philip Guston: Collected Writings, Lectures, and Conversations (University of California Press, 2010):

Image making, I mean painting what's around you, what's there. Paint your hand. The other day I was up for two nights, and I painted... What do you paint? I don't want to paint Art, you know? All I know is that I had spaghetti that night, and so for three days, I was involved with painting a plate of spaghetti. But I don't want to paint a plate of spaghetti because I just ate it. Things get transformed. The mound got higher, like I wanted to make it bigger. I'm not advertising a spaghetti restaurant, so the mound gets higher and higher. Pretty soon it becomes like a Gustave Doré illustration. Millions of people in this big mass. It becomes a big, bloody carnage. You know, image making is the most fascinating--it's the only thing. The rest is just a lot of shit. Making colors and selling yourself a bill of goods.

Dawn in the Studio 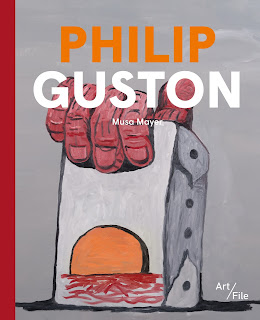 There is no specific flavour that captivates and also repels people to and from Philip Guston’s work. The range of styles and approach creates a mix of allegiances, usually the abstract works or the late works. The early works not so much, sadly. One autumn in Woodstock, New York I crossed paths with a painter who happened to revere Guston's plus and minus paintings and thought everything after was a crime. These feelings, these beliefs are real.

Everyone sees the nexus of the late work and its importance on their own terms. Maybe it was the late 1960s rejection of Guston’s peers and the banishment of the New York School. Making a personal artistic bunker in Woodstock where he would cook up a new secret world, then coming out almost a decade later and 'right.'

It is hard to convince anyone. If you see it - no let me rephrase that - more importantly, you feel it. It is there.

The directness of the approach, some people say that Guston removed his sense of painterly skill. But I don't see it that way. You truly see the thing, the forms, being wrestled and being made in order to become a non-predicted mass. The sensation of it being made before you, leads to assumptions, which convince that you could do it. Maybe if one had the nerve. But deep down, you do not know how it is made. The opposite would be de Kooning's paintings from the same time period, the 1970s. You look at the painterly language bloom before you. But it is all a fog, almost impossible to retrace that Dutchman's steps.

Eight years after Philip Guston’s death, his daughter Musa Mayer published Night Studio. An account of trying to make sense of him (the man, the painter, the husband, the father) much as it is Mayer trying to make sense of herself. It is an important text in the Guston cannon but an uncomfortable read. Passages that are so filled with family unease that one truly wants to look the other way or skip a few pages.

It is now over 30 years later. Musa Mayer is now older than when her father passed away at the age of 65 and has now published Philip Guston. Placing Night Studio and Philip Guston as siblings seems logical but it is a clumsy attempt. Mayer now presents a text on her father that goes - and goes fast. Her aim is straight and clear. Lean. There is no fat on any of these bones.

Reading it reminds me of being on the A Train in Manhattan. Warp speed from 42nd Street to 125th Street. You are getting to your destination, glimpsing all the non-essential stations wizzing by, amazed at the speed, but wishing you could go a little slower to see the sites. 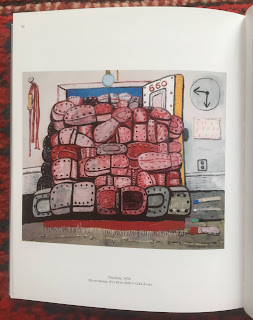 Precise answers to all the Guston whys are given along with anecdotes and scenarios. Mayer feels the ‘Leg Paintings’ of the 1970s DO reference the documented photographs of Holocaust Concentration Camps. Her presentation of The Door, 1976, is an eye opener. The clustered mountain high, form of shoes, seem to bash through the door like a tsunami. The forms as an intruder from the outside world that have a total disregard for the doorbell. A foreign hell invading a domestic soil. The number 660 inscribed in the painting, is the Guston family house number.

Mayer is the most qualified to write this book, she now heads the Guston Foundation (the website is truly incredible). For anyone new to, or wanting a revision of the Guston saga, this is a short and solid entry to the life and the oeuvre. The book can even fit in your coat pocket. Would she want to write Night Studio Part II? And how could she as it is 30 years later, and does the world really need it. Would she?

Philip Guston feels like a truly successful one day painting. The roads are clear. The vision without much distraction, detours, or diversions. Writing like this never comes easy. It is harder than it looks, editing is key. Reproductions are truly phenomenal, especially Clockface, 1968 where you can see and feel the previous attempts below dancing with the final layer of paint. Kept alive. 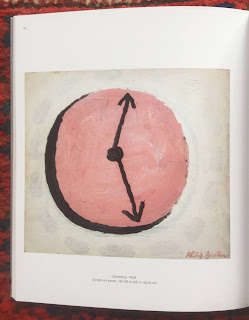 'Philip Guston' by Musa Mayer is published by Laurence King