Mary Mercer wanted to be ‘spellbound’ by the painting at Suspicion. Instead she found some ‘rich and strange’ work which was let down by a boringly conventional hang.

The Suspicion show at the Jerwood Space was something that I wanted to see. The title which could have come from the Elvis song but just as satisfyingly comes from the Hitchcock film, had been trailed by some tempting images – shiny marble heads by Damien Meade and weeping Victorian ladies by Simon Linke. It was probably always going to be hard to live up to this expectation.
Read more »

Schizo-Culture: Cracks in the Street at Space

Excavated for your viewing pleasure – works from the seminal semiotext(e) event. Presented alongside contemporary responses to the thematics of societal control, penal discipline and anti-psychiatry. Alicia Rodriguez investigates. 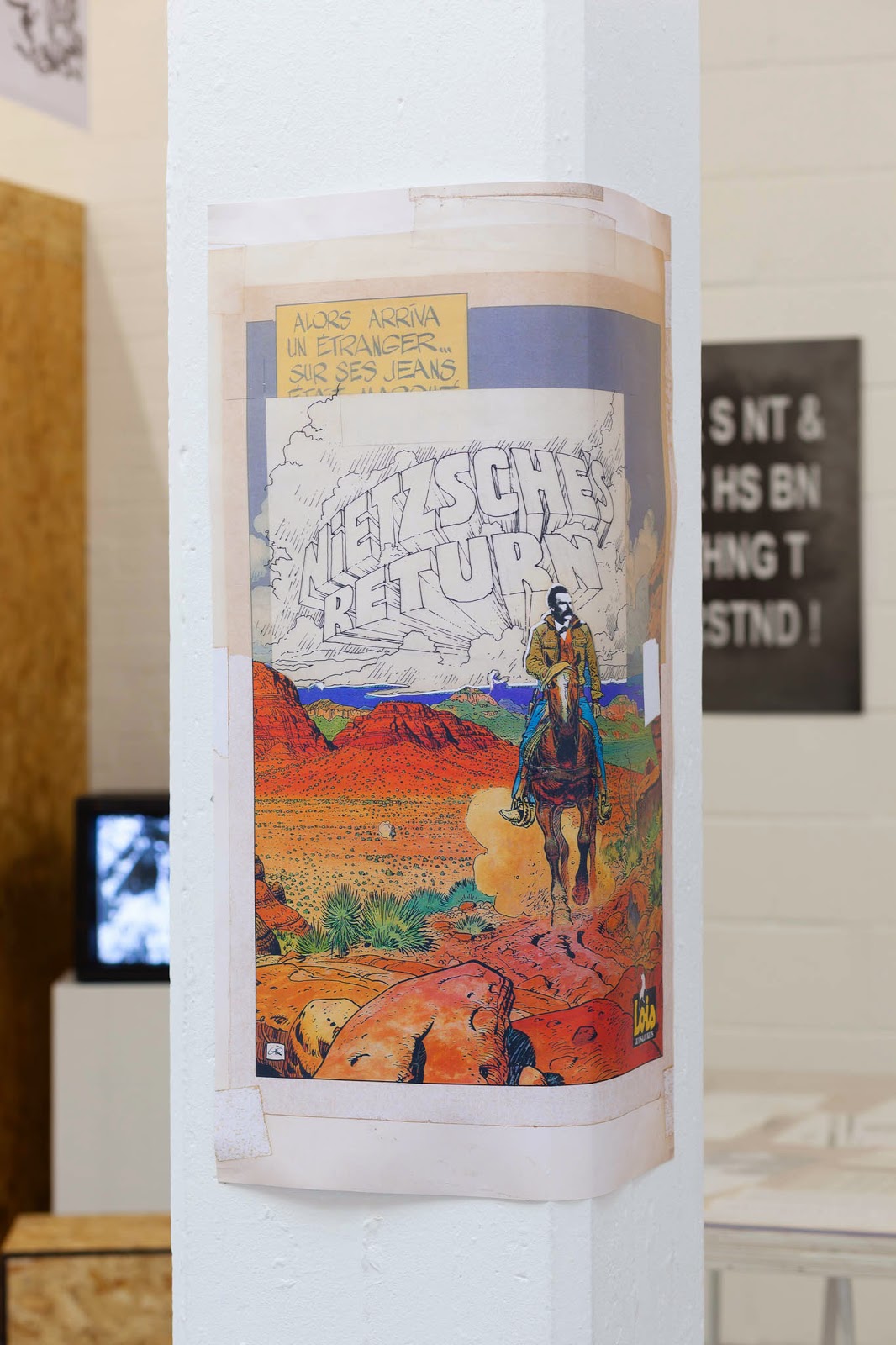 In 1975, an early incarnation of the Semiotext(e) group organised an event that brought together counter-cultural icons and philosophers to engage in discussion surrounding anti-psychiatry, societal control and penal discipline.

Schizo-Culture: On Prisons and Madness included contributions from Michel Foucault, John Cage, R.D. Laing and William S. Burroughs. Addressing a number of socio-political issues, the event itself has achieved near mythical status in Semiotext(e)’s archive and has informed generations of creative, critical thinking.

This archive is excavated for a new project titled Schizo-Culture: Cracks in the Street, which takes place at SPACE in Hackney, alongside a selection of new works commissioned as a response to the original, seminal event.
Read more »