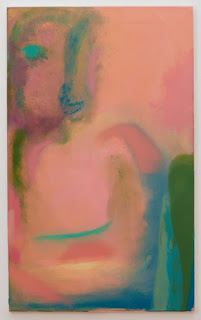 After the black and white paintings in her last exhibition at Wilkinson in 2015 Distant People and Self-Soothing Objects I am glad to see Phoebe Unwin make a return to colour, because she does it brilliantly.

Heaven Help My Heart Recover from the Chess Revival

A trip to the English National Opera's production of Chess proves too much for Garageland theatre reviewer, Lisa Duffy.

Chess is one of those shows that bestows a certain status onto musical theatre fans. The original concept album was something of a cult recording for the genre’s devotees in the 1990s, passed around with reverence at high school cast parties and amateur theatre rehearsals. Knowledge of the show separated casual enthusiasts from hardcore nerds and being able to perform “One Night in Bangkok” without missing a word was akin to a superpower. (Though this is perhaps truer in America, where the 1988 Broadway transfer lasted less than three months, as opposed to the original London version’s more impressive three-year stint). 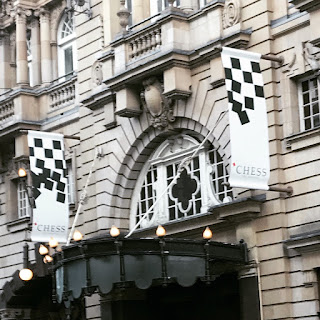 After an absence of over thirty years from the West End boards, the time certainly feels right for a revival. There is an increasing trend of throwback, pulsing, synthesised music throughout the Theatre District—in addition to fellow 1980s stalwart megamusicals The Phantom of the Opera and Les Miserables, Bat Out of Hell is currently cranking out the tunes of Meatloaf eight times a week and the upcoming Knights of the Rose will be giving a Shakespearean backdrop to the songs of performers like Bon Jovi and Bonnie Tyler. But more importantly, Chess’ story of Cold War politics told through an American and a Russian battling for supremacy in the World Chess Championship seems poised to be able to offer commentary on the contemporary world. (The American is a brash narcissist named Trumper, just increasing the potential relevance).
Read more »